You are here: Home / Community / 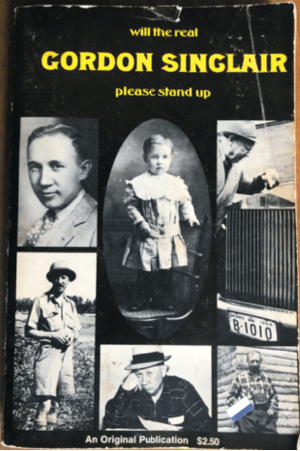 Maybe it’s because I’m the son of a man born in 1906, shortly after Queen Victoria died.  Dad was sired out of a mixed marriage between a Scot from Inverness and an Anglo from Kent.  There’s something about this time in history inspires a sense of wonder when I walk the streets of Cabbagetown.  It began the day I arrived in 1970.  It continues to this day.  The neighbourhood stirs my imagination.  I can’t help but think men not much older than my Dad built these houses and bred horses in the stables that are now coach houses.

When I crossed Parliament Street that cold December day, the houses were showing their age.  They housed large working class families of humble means.  There was much street life and it was loud and colourful, a lot of it taking place in front of the corner convenience stores that served many intersections.   We all walked to these family-run merchants to buy our cigarettes and Greenwood Racetrack betting sheets.  Walking south on Sackville Street, empty taxis would be parked, as the drivers on the night shift slept, many of them in the now demolished apartment building south of Salisbury.  Pigeon coops in old garages were still a thing.  Talk about smell.

Ghosts of families past were everywhere, in every house, on every street.  They were so mysterious, that is until I walked into a used book store in Coldwater, Ontario and discovered two books written by local authors who lived here and observed those early years, and thankfully described them with great clarity.   I speak of the well known journalist/author/broadcaster Gordon Sinclair and the prolific Governor General’s Award winning novelist Hugh Gar-ner.

On an impulse, I bought the books and spent many hours reading first hand accounts of street life in old Toronto.

First up was the 1966 autobiography “Will the real Gordon Sinclair Please Stand Up”.   Sinclair devoted his journalistic life to sharing his observations with readers from across Canada.  His prose transported me back to the dank and dirty streets of old Cabbagetown and Riverdale.  It began with his birth in a house on Carlton Street in 1900.  The smells and sounds of the area came to life as he described his youth, watching his parent’s work to eke out a living.  Few neighbours of the Sinclair family were well off.  They lived on hope and hard work. Growing up in a house with no plumbing or electricity, Sinclair did recall the roar of the lions and the howling of the wolves caged in the Zoo across the street.  This old Zoo provided the soundtrack for the residents of the day, the sound reaching as far as Amelia Street.

After Sinclair’s romp through the first half of the century, I then picked up the novel, Cabbagetown by Hugh Garner.  Set on familiar streets, the story began before the Great Depression and continued into the 1970’s.  The communities he describes more closely resembles the streets and people I encountered when I arrived.  I saw a working-class hotbed of multiculturalism, mixed with opportunities to indulge in a variety of sins, most of which were not readily visible but certainly accessible when needed.  The old houses in Garner’s books did have plumbing and electricity, but post-war prosperity was still years from reaching the protagonists of his novels.  Much was made of his encounters with the cops from 51 Division, the restaurant owners newly arrived from countries no one had ever heard of, and the characters who managed the many squalid rooming houses.

Forget the history text books sitting on shelves in school libraries.  These are the books that tell the real story.

How many holiday editions is this now?? Twelve to be precise. The last two, amid pandemics, have been interesting. We did the giving guide last year, and this year did not get the content or … END_OF_DOCUMENT_TOKEN_TO_BE_REPLACED

The souls of the departed and ghost of Christmas past don’t just cease to exist. Their ectoplasm still gather amongst the homes and commercial establishments of Cabbagetown. They still convene in the … END_OF_DOCUMENT_TOKEN_TO_BE_REPLACED

Contributed by Anita Bostok. As Cabbagetown residents, we know full well the advantages of downtown living. We walk down the street, and everything we need is at our fingertips. But we can’t take it … END_OF_DOCUMENT_TOKEN_TO_BE_REPLACED

Contributed by: Tony Lafazanis – Cabbagetown Personal Injury Lawyer  www.TLLawCanHelp.com If you’ve found yourself asking this question, you are likely in a situation where you could benefit from … END_OF_DOCUMENT_TOKEN_TO_BE_REPLACED

Contributed by Peter Lovering, Former Candidate for City Council in Ward 11 University-Rosedale. I did, and quite frankly, running was a great deal of fun. I knew I was in tough and I loved every … END_OF_DOCUMENT_TOKEN_TO_BE_REPLACED

Thank you to my fellow candidates and you , as residents, for your commitment to the election process and being engaged. It is people like you who give me hope for all we can accomplish together and … END_OF_DOCUMENT_TOKEN_TO_BE_REPLACED

Cabbagetowner Ari Korkodilos had another amazing kart racing season in 2022. Ari won the first national Motormaster Mosport race in May, going from last to first, as well as the final national … END_OF_DOCUMENT_TOKEN_TO_BE_REPLACED

Cabbagetown is a neighbourhood of beauty, heritage, cultural diversity and inclusion. We are Anita Bostok and Norman Hathaway and we’re proud to contribute this regular feature where you get to know … END_OF_DOCUMENT_TOKEN_TO_BE_REPLACED

Danny, a 13-year-old volunteer, sat at one of a handful of tables on the lower floor of Holy Blossom Temple, sandwiched between his father and older brother, cutting fringes into a large swath of felt … END_OF_DOCUMENT_TOKEN_TO_BE_REPLACED

“We can do better” - Candidate for City Councillor Ward 13 - Toronto - Center Caroline Murphy In September, I wrote about why I was running to be your City Councillor for Ward 13 and since then, I … END_OF_DOCUMENT_TOKEN_TO_BE_REPLACED

Thank you to everyone who came out to enjoy the Cabbagetown Art and Crafts show this year.  The weather Gods were on our side and the sun was shining!  Randy Brown, Founder of the show started things … END_OF_DOCUMENT_TOKEN_TO_BE_REPLACED

My Betty White Photo credits Marion Voysey Betty White– is a visual artist, living and working in downtown Toronto. Born in the US, Betty studied painting and, for a period, paper making, in a … END_OF_DOCUMENT_TOKEN_TO_BE_REPLACED

Contributed by Anita Bostok - After a soft opening last summer, L’Avenue restaurant at 583 Parliament Street is now creating quite a buzz. Taking inspiration from the chic cafes and brasseries she … END_OF_DOCUMENT_TOKEN_TO_BE_REPLACED

I am running for city council in ward 11, and I have noticed dozens of things that can be done to make elections more fair and equitable. In Ward 11, we don’t have an incumbent; however, like most … END_OF_DOCUMENT_TOKEN_TO_BE_REPLACED

“I have gone past this building so many times but never tried the door until now,” exclaim college students walking into Gallery Arcturus, in a state of mild shock at the abundance of colour and … END_OF_DOCUMENT_TOKEN_TO_BE_REPLACED