Contributed by Avery Florence — After introductions, the second question often asked upon arrival at Fairy Creek is “Are you arrestable?”  These questions, always asked with a smile, are your welcome package. They are your initiation to a world of resistance, community, decentralized leadership to a suffocating reality of police presence, and to the certainty of daily arrests. It represents like-minded people finally joining forces and making the decision to face our environmental crisis head on.

When newcomers enter Fairy Creek’s headquarters, stark realities come to the fore. In the “real world”, we all ruminate from a distance on police violence, nonsensical government spending and reconciliation with our Indigenous people. But here, in this microcosm of our world, these issues are not fodder for thoughts. They are calls to action, beckoning humans to put their bodies on the line for something bigger than themselves. Apart from the 24-hour media tent, there is no cell service at Fairy Creek, isolating this situation into a world of its own, making it feel that this world is more real than that “real world” itself.

During each evening, the new batch of daily recruits meet in a gravel pit, forming a semi-circle around whoever is in the leadership role at that camp at that time. (Fairy Creek is organized in the fashion of “de-centralized leadership”- if it needs doing, get it done; if you need help, ask for it). As two strong women approached the middle of the circle to lead the meeting, the feeling dawns that this is the present-day apocalypse & we are the freedom fighters – because it is & we are. The meeting informed us of what was happening at the other camps within Fairy Creek (to the best of our knowledge) and assigned people (only on a volunteer-basis) to roles such as night-watch, cooking, building and heading up to the front-line. I did not know what to expect before arriving but I did not expect this height of organization. It is a level of organization unexpected amidst such chaos. This is not merely a gathering of tree-huggers–this is militant, peaceful warfare.

Before going, people had given words of caution, but I threw caution to the wind knowing that the people protecting these trees, our earth, our future, would be incredible people. And that is how you know you are on the right side of things.

Scattered around the grounds are signs that read, “Respect your Elders”, “Power to the Peaceful”, “Enough is Enough” & “Worth More Standing.” Phrases we all know in passing, but here, baked into the tension of this fight, they carry an unshakeable weight.

“Insanity is doing the same thing over and over again and expecting different results.” Hundreds if not thousands of forest fires are burning all throughout Canada, and still, every day, we are cutting down ecosystems that have taken 2000 years to grow.

As you drive past these signs and into the hills, the scenery unfolds into a live version of Dr. Seuss’ The Lorax. Massive hills littered with tree stumps in memory of a diverse forest that once gave life. Now, only the birds sing over empty plains.

The land of Fairy Creek is unceded territory of the Pacheedaht tribe. Though we use the term “land back,” in Indigenous culture humans can never own the land; we are only responsible for it, ensuring its prosperity for 7 generations beyond ourselves. In most Indigenous nations, the chief is hereditary and functions under a Matriarch. Elected band councils were put in place by the Canadian government as a way to infiltrate these nations from the inside. The band leaders have signed this land away to be logged by the logging company Teal Jones. In Indigenous cultures the running joke is, would you rather the RCMP or the band leader? Though every situation is nuanced, this one is simple. Enough is enough.

For the Indigenous, these trees represent a world of culture. Cutting down these trees is cutting down beautiful peoples, many of which have only started to rediscover themselves by their roots. Elder Bill epitomizes this redemption. Once a logger himself, the 81-year-old member of the Pacheedaht nation now invites the forest-defenders on this land to help undo the damage of the years.

Yes. We, the forest defenders of Fairy Creek, are illegally protesting on Pacheedaht land against the old-growth logging industry, the police & government. But when all of us live within a system that consistently chooses short-term greed at the expense of the air our children need to breathe, what choice do we have but to put our bodies on the line?

I think it every edition and but I mean it this time. This is one of the best issues ever.  Thanks to all of our advertisers. They are committed to maintaining their visibility in the community. We … END_OF_DOCUMENT_TOKEN_TO_BE_REPLACED

(Toronto)  Homeless hotels continue to be a nightmare to residents and businesses in downtown Toronto, particularly in the financial and tourist areas of Yonge Street and Front Street where three … END_OF_DOCUMENT_TOKEN_TO_BE_REPLACED 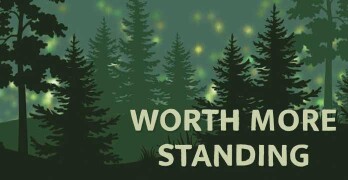 Contributed by Avery Florence -- After introductions, the second question often asked upon arrival at Fairy Creek is “Are you arrestable?”  These questions, always asked with a smile, are your welcome … END_OF_DOCUMENT_TOKEN_TO_BE_REPLACED

Contributed by Karen Joan Watson -- We live in a strange world. But Canada has advantages during this time of Covid-19, climate crisis, democracies under pressure, social injustice and long-term care … END_OF_DOCUMENT_TOKEN_TO_BE_REPLACED 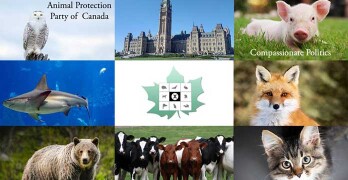 I would like to introduce myself; my name is Peter Stubbins and I am running in Toronto Centre for the Animal Protection Party of Canada (APPC). Personally, I bring to you deep experience with a … END_OF_DOCUMENT_TOKEN_TO_BE_REPLACED 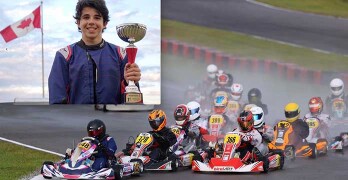 Everybody knows about the tortoise and the hare and how that race turned out. Now our Parliament St. neighbourhood has a new folktale plot: Cabbagetown boy starts racing late, quickly takes the lead, … END_OF_DOCUMENT_TOKEN_TO_BE_REPLACED

We are Anita Bostok and Norman Hathaway and we’re proud to contribute this regular feature where you get to know the people and businesses that make Cabbagetown so special. If you’d like to be … END_OF_DOCUMENT_TOKEN_TO_BE_REPLACED 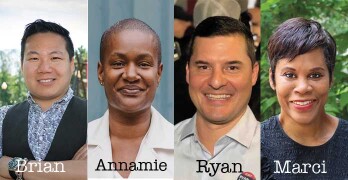 “In 100 words or less. If you are elected, how would your office make an impact that will be felt locally, in Toronto Centre?”     Brian - Toronto Centre is my home. Like you, I … END_OF_DOCUMENT_TOKEN_TO_BE_REPLACED 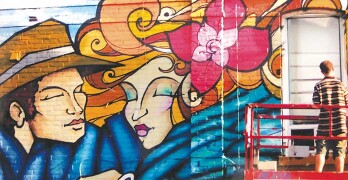 Our children have grown up with it. We pass by it to fall in and out of love. We see it when we eat, shop, drop kids ,walk , ride and drive.…and it never gets tired, old or outdated. The iconic … END_OF_DOCUMENT_TOKEN_TO_BE_REPLACED 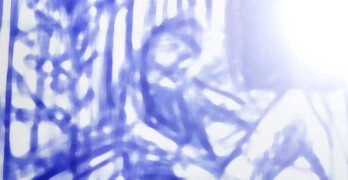 A heart felt, first hand look at the day to day life of a front line worker in a safe injection site. Contributed by an anonymous front line worker. -- I woke up late this morning. Luckily I live … END_OF_DOCUMENT_TOKEN_TO_BE_REPLACED

Contributed by Chris McNutt  Host of the the weekly podcast the McNuttiest Dimension. Whew! We’re finally on the other side of the Lion’s Gate Portal, and hopefully everyone made it through … END_OF_DOCUMENT_TOKEN_TO_BE_REPLACED 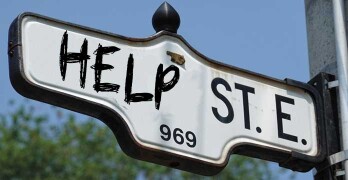 Opinion contributed by Andre Bermon, Publisher of the bridge community newspaper. --  In the last City Council meeting before the summer recess, our public servants put history to the test. In a … END_OF_DOCUMENT_TOKEN_TO_BE_REPLACED 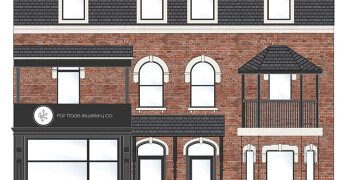 Since 2009, FTJCo has been Cabbagetown’s destination for fine and custom jewellery. For 12 years this stalwart of responsible and sustainable jewels has occupied 523 Parliament St, a few doors north … END_OF_DOCUMENT_TOKEN_TO_BE_REPLACED 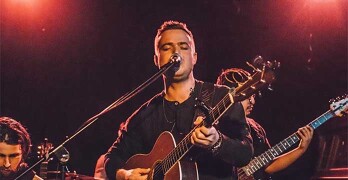 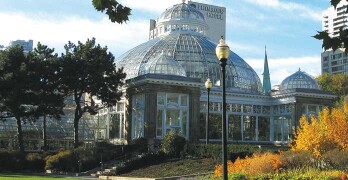 Contributed by Ed Drass in communications at Gallery Arcturus, A not-for-profit art museum on Gerrard Street East. You can reach Ed @ info@arcturus.ca  - This series is supposed to offer “Gentle” … END_OF_DOCUMENT_TOKEN_TO_BE_REPLACED

By Randy Brown, E.D. Friends of Riverdale Park West, (frpw.org) I’m sure everyone has noticed the renovated pathways in our park – the main pathways are now concrete.  This project didn’t just happen. … END_OF_DOCUMENT_TOKEN_TO_BE_REPLACED 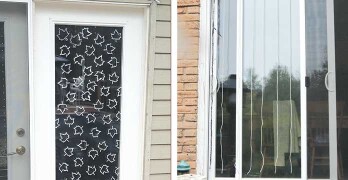 Birds bring great beauty and happiness to our lives, and many of us enjoy bird watching, especially near our homes. However, as much as we love to see birds visit our yards, collisions with windows … END_OF_DOCUMENT_TOKEN_TO_BE_REPLACED 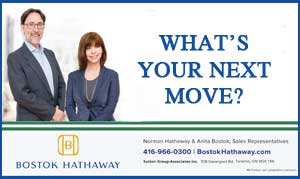 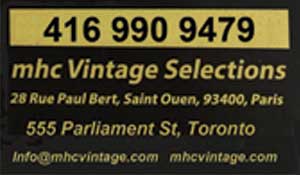 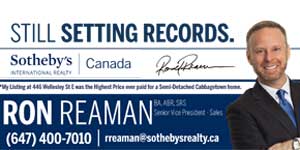 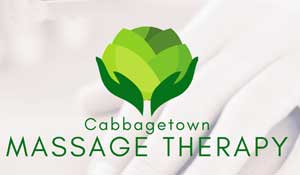 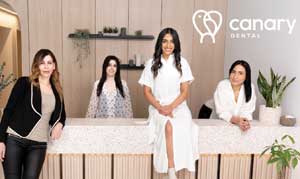